We were lucky to conduct an interview with the students and developers who created the Bridge 47 video game, "Realtopia" and get insights into their process. Read on to get an insiders view on how Realtopia was developed, and keep in mind that the launch of Realtopia is on December 10th!

The following questions were conducted with GamesLab students Samuel and Michal

1. What is your game about? What is its intention and why should we play it?

The overarching lesson of the game is that humans in the present world have the ability to take global issues seriously and reverse negative trends. This is a fantasy game in which time travel is possible, but the main premise is based on a potential reality of where we could end up if we don’t act today. At the core of our game is a simple Resource Management, with a theme around environmental issues. Our goal was to find out if it is possible to attract mechanics and increase its horizons around ecological effects. 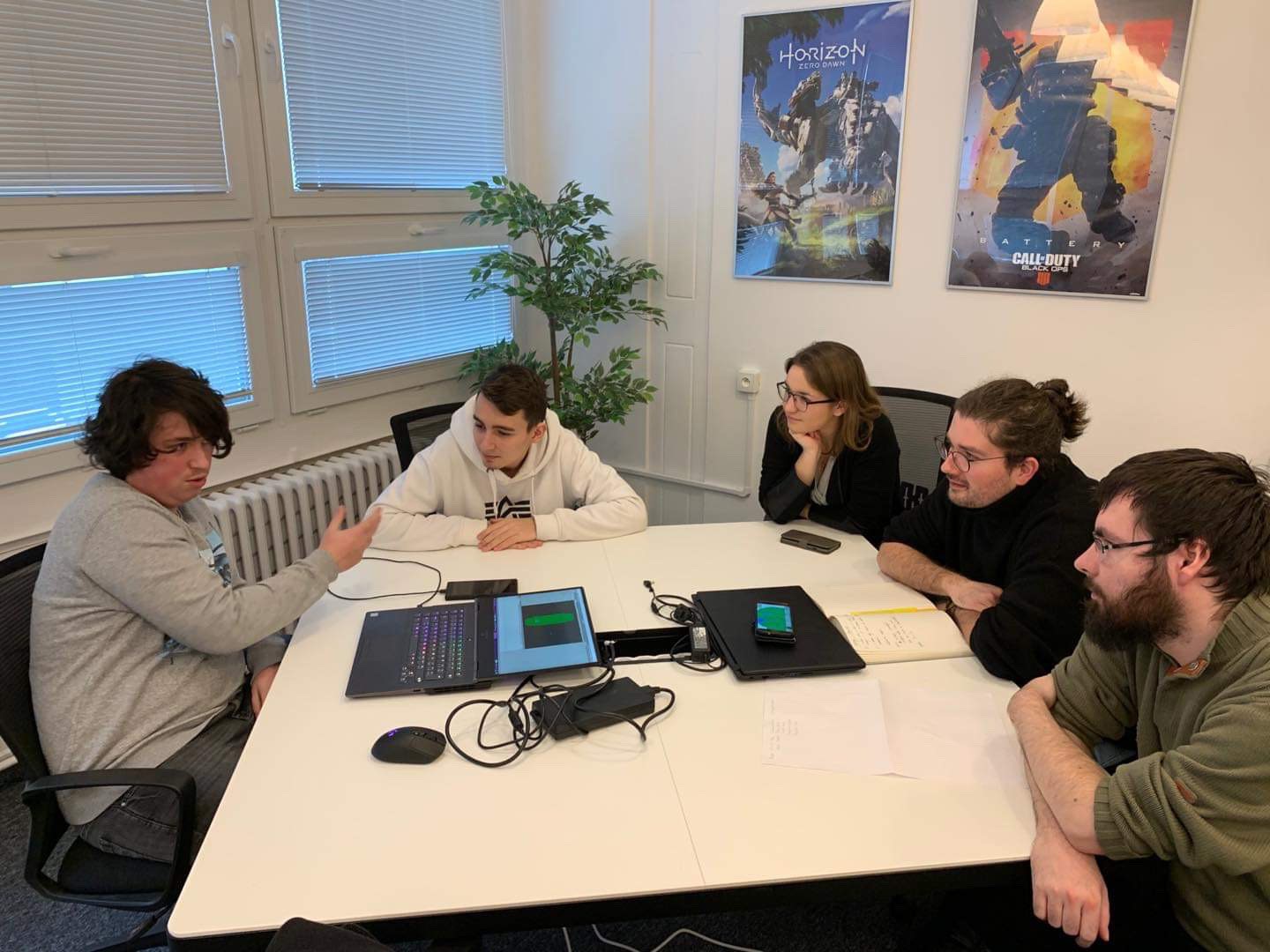 2. What can players learn from your game?

In our game, players can learn many ecological facts about the world around us. And it is possible to change their views and behavior towards mindfulness of the environment.

3. What was the most difficult part of creating it?

From a technical point of view, the optimization stage was the most difficult, because we had to completely change the basics of our game and come up with a system that would run well on less powerful devices, but since we enjoyed it we didn't find it so strenuous. By far the most difficult part of the development was the end of the game when we solved only small extremely monotonous problems that constantly took away our desire to work and things that would take one day in the middle of the development took us a week to finish, but fortunately, we managed to get through this phase and we have successfully completed everything.

4. How did you proceed and cooperate?

We started looking for inspiration from outgoing games. We looked for elements of other games that could fit into our own game. Next, we made a physical version and prototype, in which we tested our game cycles. Next, we decided on a simple prototype with simple graphics and basic mechanics. Procedures for this purpose added all the parts (new graphics, more mechanics and kicks optimization), a few times we were on the pears from the ground up to find them at the best price and compare the new parts in their place. Finally, we found out where the games you added to the next menu, finished the graphics, added the missing sounds and animations, and found out if there were any problems when playing. 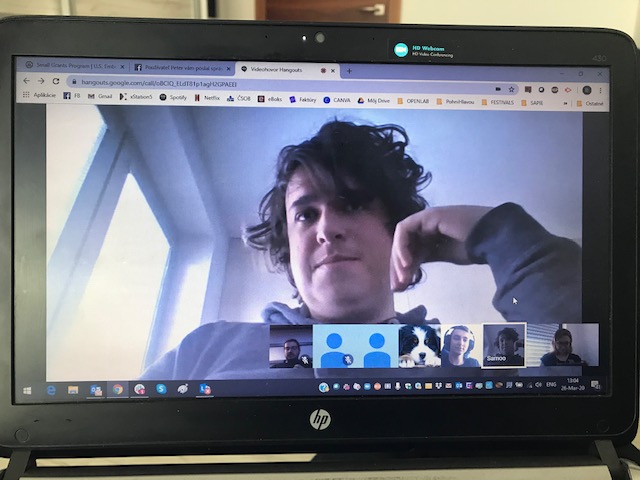 5. What did you learn during development?

Samuel: As a programmer and a game designer, I quickly improved my programming and game creation, but by far the development of this game taught me the most about proper team communication and how to set goals for the future. If you want to know specific programs, we have improved the most in creating games in Unity, programming C# in Visual Studio, organizing things via Google Office Suite, and drawing in Photoshop and PaintNet.

6. Did the situation with Covid-19 influence you during the creation? How did you deal with cooperation during the pandemic?

As for the development of our game, I think Covid-19 helped us a bit, as we had more time to develop the game, but communication became the main difficulty, as we could not rely on all of us meeting at school, we had to determine the exact time when we would meet over the Internet and exchange information. We mainly used Discord and Google Hangouts to communicate.

7. If you had to start over, what would you do differently?

We wouldn't change much about the development of the game, maybe we would reduce the scope of our game a bit, but on the other hand, if we didn't aim so high, we probably wouldn't learn that much. In the words of Norman Vincent Peale, "Shoot for the moon and if you miss you will still be among the stars" 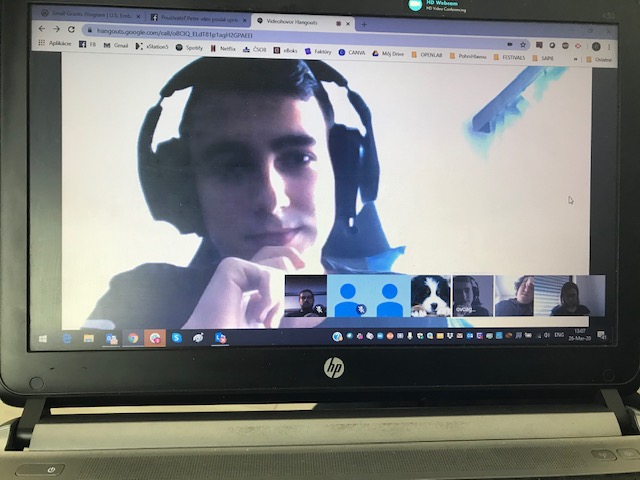 8. Who helped you create the game?

Our LabMaster Michal Michel was a huge support for our team, helping us in almost all parts of the development. Also, the team from Bridge 47, for whom we created this game, helped us to create the story, and Barbora Rusiňáková helped us a lot in communicating and organizing meetings together. Apart from these people, the internet was probably the biggest support.

9. How much time did it take you to create the game?

10. Do you already have an idea for another game?

We certainly have some ideas that we would like to try and a few of us have a few projects at home that we are working on, but we don't have a big idea that we will all work on after this game. 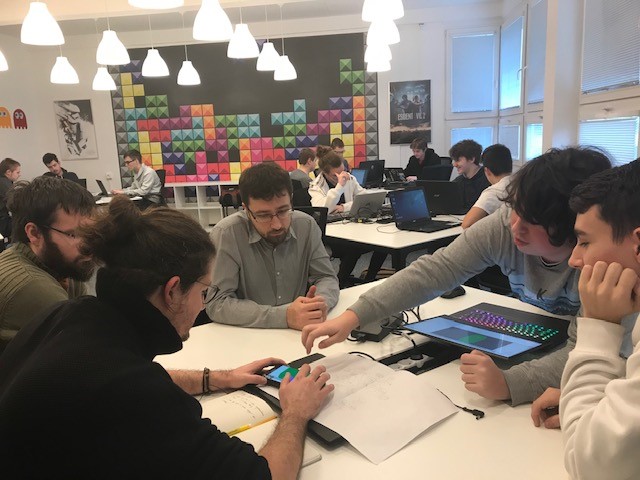 Questions about OpenLab with Barbora (who works at OpenLab)

11. What is the purpose of this training program?

OpenLab is an educational organization. Its goal is to bring the latest technologies to education, and thus create opportunities for students to acquire knowledge and skills in the latest technological directions and technologies that are required by leading technology companies. Our vision lies in the systematic increase in the quality of education in technology. We want to support Slovakia on the path to transformation from a production hall economy to a technological leader. We want to help create as many quality programmers and experts in various technological areas as possible. This will have a positive impact on the economic and social development of the country.

OpenLab connects secondary vocational schools and technology companies in the region. Under the guidance of an expert from practice, LabMaster, students work in teams on real projects. They thus acquire soft skills (e.g. the ability to cooperate, communicate, solve complex tasks, the ability of self-reflection or creative and critical thinking). Thanks to working on their own project, from an idea to a functional application or game, they acquire technical skills for the team role that interests and entertains them the most (e.g. front-end or back-end developer or game graphic designer or game designer) .

Game development is one of the fastest growing technology segments. In recent years, several game studios have been established in Slovakia, which have jointly released more than 450 games. Globally, the demand for games is expected to continue to grow, which will increase the demand for experts in their development. However, there are still few opportunities to learn game development in Slovakia.

One of the founders of OpenLab is the second largest and largest independent game studio in Slovakia, PowerPlay Studio, which is also a tech guarantor for GamesLab in Bratislava, where students learn to develop mobile games. For more than a decade, PowerPlay Studio has been bringing mostly sports games to players around the world. They recently released the new Athletics Mania, which recorded more than a million downloads a month after its release. PowerPlay Studio wants to develop young people who are interested in game development. That's why they are one of the co-founders of OpenLab. Our GamesLab is led by their long-time game designer Michal Michel as a LabMaster.

High school students are most interested in game development. It's an age when many of the games themselves stop being interesting for them and instead they want to know how they can create a game themselves. Education in GamesLab also connects technology with art, reaching out to tech geeks, creative minds and visual artists.

14. How do students get into OpenLab?

OpenLab is offered to students as part of their mandatory teaching classes at school, that they can choose among other options. Students can join OpenLab by filling out a questionnaire, where we find out and assess their internal motivation. Students do not have to have any previous experience if they convince us that they have the desire and motivation to develop themselves, and even in their free time. After the questionnaire and personality test, we invite students to a personal interview in the company that is the guarantor of the OpenLab. This is the first such experience for most of them, which I also perceive as a great added value - it is a draw into reality.

15. What other games were created in GamesLab?

GamesLab takes place the 2nd year at SPŠE Hálova 16 in Bratislava. 25 2nd and 3rd year students are dedicated to game development in collaboration with the guarantor of PowerPlay Studio, their experts and LabMaster, game designer Michal Michel. From September, another approximately 15 new students will join them. The intention is to guide students during the school year through the game creation process from idea, design to finalization and release, and to create a functional game on iOS / Android. Students choose the primary role (programmer, graphic designer or game designer) according to their interests and form teams. So far, students have created 10 games, of which two games are also available on the App Store. Specifically, Ice Clean Machine achieved 5,000+ downloads and Merge Mobile Phone 30,000+ downloads.

You will be able to see all the games created by the students at the planned OpenGate event on September 10th, 2020 in HubHub Bratislava or via the recording from the live stream presentation at the link here.