Innovation Stories: Teaching human rights, the abolition of the death penalty with GCE in France

"The issue of the death penalty is a formidable gateway to discuss other fundamental rights, encouraging young people's awareness and active engagement in global citizenship issues."

Although France has already abolished the death penalty, the issue remains as important today as ever. The debate in favour of its reintroduction is a global phenomenon, which does not spare even the most democratic countries in the context of terrorist attacks that have encouraged the radicalisation of citizens on security and identity-based issues. Especially at an age when the distinction between justice and revenge is being conceived, the new generation seems particularly misinformed.

Those notions and concepts are sometimes difficult to foresee for a generation that deals with violence on a daily basis in films, video games, social networks, etc., but hasn't, in France, experienced the war, the struggle for the abolition or for many of the fundamental rights that we can be proud of today.

The society of the snapshot in which our young people grow up leaves no room for hindsight, second chance, or forgiveness. The judgment is constant and omnipresent without being built. It weakens the values of the French Republic and the European Union and makes living together endangered. 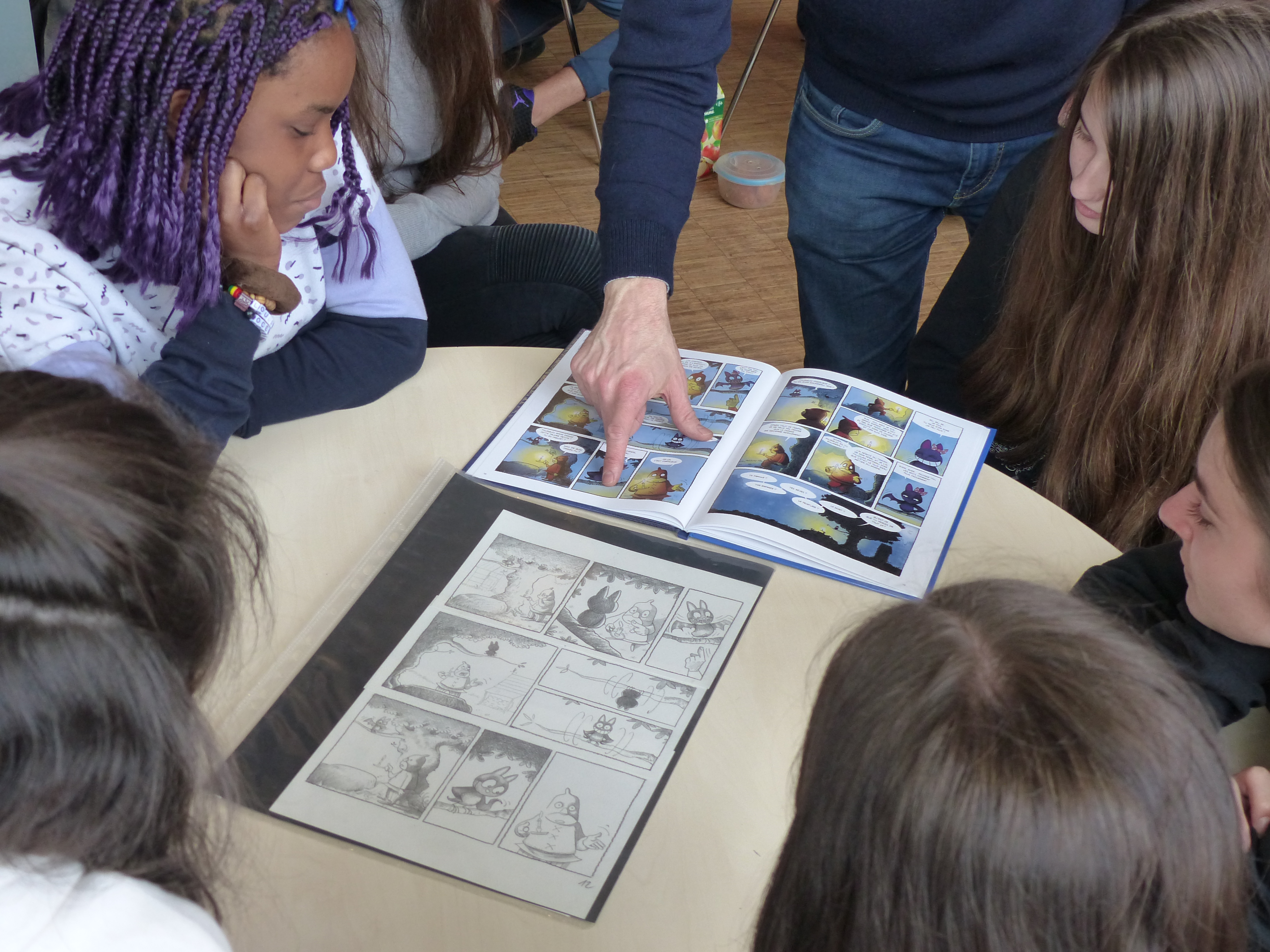 The issue of the death penalty is a formidable gateway to discuss other fundamental rights, encouraging young people's awareness and active engagement in global citizenship issues through a reflection on the role of justice, the vicious circle of violence, and the danger of extremism. In collaboration with the educational teams and accompanied by witnesses, ECPM conducts interventions with young people, particularly those from less favoured areas or in situations of delinquency, to open the debate and give them an overview of the human consequences of these death sentences.

Through issues such as freedom of religion, freedom of expression, the fight against discrimination… the project aims to foster the emergence of a citizen's awareness of human rights and the democratic values of abolition and empower young people as actors of change.

ECPM methodology is built on educational exchanges with former death-row prisoners or personalities committed to human rights, which catalyses the development of critical and autonomous thinking of young people in France.

In order to celebrate the National year of comics in France and encourage the mobilisation of young people as actors of their civic engagement, ECPM launched a comics competition in French educational institutions (both formal and informal) in January 2020. Based on the work of Marty Planchais, The little executioner of Montfleury. The most inspired artists were congratulated during an award ceremony. 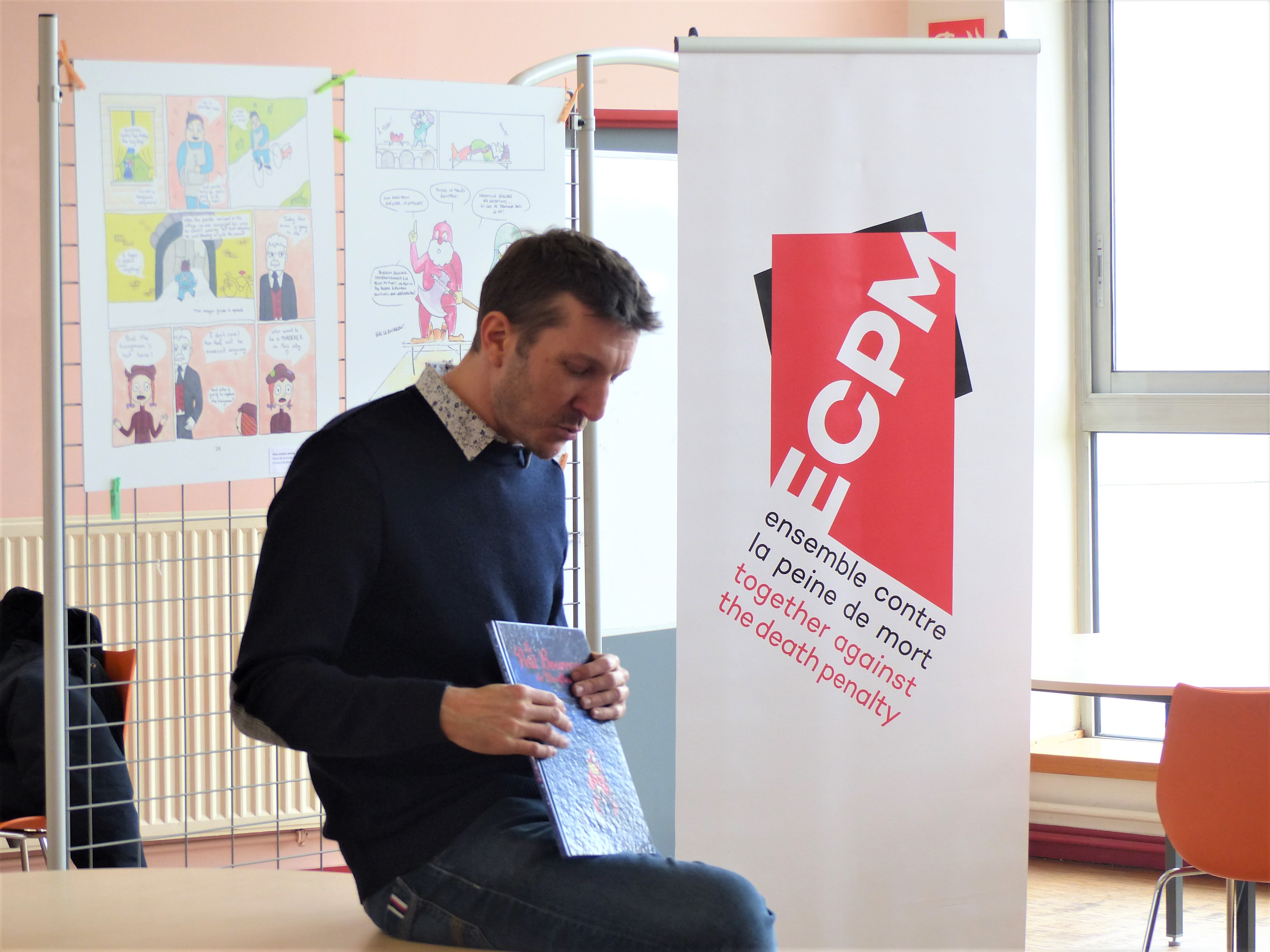 Even though the COVID-19 crisis led to the cancellation of the vast majority of the school interventions, a UNESCO Master class organised in early March. It has been a great opportunity to discuss the discriminatory aspect of the death penalty with young people (with a special focus on racism).

In connection with the health situation, ECPM created new tools in order to pursue the objectives of the project. A series of online quizzes were thus published on their website and social media, linked to cross-disciplinary themes such as freedom of speech, Europe day, Africa day, and more. A total of 150 people so far engaged through this activity.

Regarding the networking aspect of the project, an innovative learning space is fostered through the exchange of good practices and experiences between French and foreign members of the Teaching Abolition International Network. This platform allows us to share inspirations and key in hand tools ready to be adapted and translated by educational teams on a rarely discussed topic and to include young people target by GCE activities not only as beneficiaries but also as actors of their civic engagement.

Ensemble contre la peine de mort is a French association founded in 2000. Their main aim is to fight against the death penalty worldwide by uniting and rallying abolitionist forces across the world. They advocate with international bodies and encourage universal abolition through education, information, and public awareness campaigns.

Position: Innovation and Communications Trainee
Email: marek.kakascik@bridge47.org
Marek assists Bridge 47 with the national work in Slovakia and with communications of our sub-granting mechanism.